I am an iOS user, and today Apple released the public betas for iOS. The developer betas have been out for a bit, but I do not posses a developer account. Even if I did, those are developer betas for a reason. I watched WWDC live this year, and I got super excited for iOS 14, and I now can finally try it out and use it. It is almost as good as I imagined.

On my MacBook, there is a hardware-connected LED that turns on whenever the camera is activated. It is not perfect, and there is no microphone indicator, so I would use an app like Micro Snitch to show a notification and indicator: 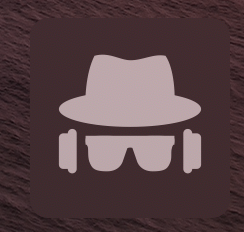 that my mic and/or camera are turned on. To be honest, I am much more concerned some app that I accidentally gave or needs microphone/camera permissions silently activates it on my phone than on my computer. Now with iOS 14, there is a little orange circle when the microphone is activated and a green circle when the camera is activated. This. Is. Awesome.

Nitpick alert: I would have hoped the indicator would be somewhat more prominent, or at least a toggle (yes, Apple, an actual option for users! So scary!) to get a notification. If an app were truly acting maliciously, it probably would quickly turn on the camera, take a photo, and turn off the camera right away. The user might not even notice it ever happened. This is partially solved by a little notice in that has camera/microphone icon and says "[App], recently" above the control center.

iOS has always (for as long as I have used it, at least) had an option in the phone privacy settings to "Limit Ad Tracking," which would not allow an identifier to be given when ads are shown (in an app, for example). In fact, I remember different mobile games refusing to work without it turned off (those games were promptly deleted, and I don't play many of those "types" anymore). Now, apps have to request to track you, but you can turn it off completely, and it is off by default. Opt-out > opt-in!

This is a smaller feature, but you can give an app access only to your approximate location rather than your true location, which is nifty.

Yes, I know Android had this before, but I am an iOS fanboy (mostly), so I was still excited for this. I did not expect all apps to be supported right away, as the developers still need to implement it, but I already have a few on my home screen. I really hope developers take advantage of this, and it does not go to waste. I do not believe that will happen, but it would suck if an app did not support it. Like a todo app.

This is an organizational blessing. Many apps I have are "background" apps or are rarely used, but enough so I still want them on my phone. Now my home screen is only the essentials. Apps I consistently open. Furthermore, I removed most "social media" apps from the home screen, to not get distracted. I wish I could organize the app library folders .

I am in the U.S., so iMessage is actually used instead of non-hardware-locked messengers. I wish I did not have to be so reliant on it, but hey, SMS is literally the worst in every way. Apple finally added some useful features. Memoji is not useful, sorry.

Pretty much every other chat app had this: mentions. I generally put most group chats on do not disturb, most do not need my immediate attention, but sometimes they do! Now, all someone has to do is say my name and I will still get a notification, even if the chat is muted. All fun and games until people realize the power this has or there's another Jacob in a chat.

Yet another feature almost everywhere else. I can finally reply to messages, thank God. Most are not on the Beta though, so for now it is just a regular message for people.

This was an "advertised" (was not mentioned during the keynote) feature, but I could not find it. Perhaps I am blind. I use Safari as my main browser, so I do not want to change anything there, but I could not see how to change my default mail app, perhaps it is a developer thing. Hopefully this changes once the GM is out.

After watching the WWDC keynote, I could not wait until I could install that Beta profile on my iPhone. The day has finally come. iOS 14 brings some much needed features (e.g., call banner) and true progress on iOS. Big Sur looks (as in features, the appearance is meh) nice, but I will never install a beta operating system on my main machine. Still excited, though! There are many, many more awesome features but I either have not experienced them yet, they do not matter to me as much, or I just did not notice it. Sometimes improvement is best when it is subtle.